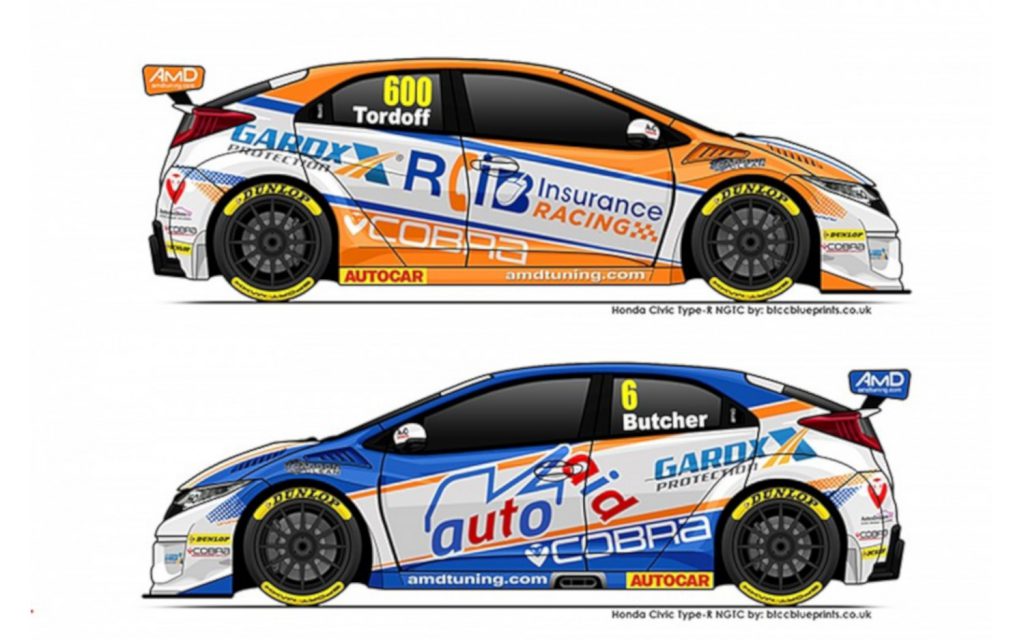 It has been an interesting year for Slot Car Club in 2018, well certainly off track as our BTCC collection grows and all our cars are now catalogued. On track things still disappoint but here is our 2018 activities in review.

Year 2018 was the year of BTCC as our collection continued to swell and the series also tops our popularity charts. The BTCC series continues to create great racing in the real world and this translates fantastically well into slot racing. Although we are pleased that Scalextric continue rolling out new cars, it is a shame that we keep seeing repeats of the same body shells with nothing new on the horizon. The series is crying our for a Ford, Subaru or Mercedes but I do not think we will see these next year. There are some great looking cars in the series and I think we will see a new design released for the RCIB insurance cars. We have some preview images on this post for both the MG and Honda Civic in RCIB colours. I think it is more likely we will see an MG as the Honda is for 2019 and Scalextric tend to release cars from the previous years Championship. I would be more happy with an MG as there are a lot more Civics already out there than MGs. Another car we may see in 2019 is the Honda Civic of Gordon Smiley as shown in the above picture. Although the final car will look slightly different to the one above, this is a rather uninspiring car and sadly another Civic. On a positive note, we will still support Scalextric, as I believe the BTCC cars were close to coming to an end and we would not want that. The other pictures show the beautiful pink Ford from 2018 and another MG in it’s proposed 2019 livery. This is an example of two fantastic looking cars from the real series that would work well in slot format. Personally I think that sales are linked to the desirability of the livery, so lets hope that if Gordon Smileys Civic does’t sell well that they don’t use that as a reason to can the entire series. Here’s hoping for some better liveries like the two examples I have provided (which would boost sales) but don’t hold your breath! Elsewhere at Slot Car Club, we increased our Formula 1 field to include two new Williams F1 cars C.2725 and C.2726. Our existing Williams cars have now been changed to BMW F1s to allow us to expand our range. Although the BMWs and Williams look quite similar, so did the real cars. We have also customised two budget cars to become Force India F1s in the black livery. We know that Force India (or whoever they become after going into administration) are now pink, but the budget cars were a close match for the older cars. We added two Saubers as budget cars in blue, which again, does not copy the real cars livery now but they are a good match for a few years ago. The performace of these budget cars probably will not compete with some of our other high detailed F1 cars, but that will follow the real series and allow options for handicapping faster drivers. We think our F1 field is complete as Scalextric are now making mostly unbranded budget F1 cars with a more modern look that does not fit in with our early 2000 based collection.

We have also invested in the BTCC cars from the 1990s which look very nice. We are hopeful of seeing some more liveries as well as an expansion on the current Ford Sierra and BMW E30s but at present we have six which will provide a full field for our SSD track.

We have also added some more Porsche RSRs which were released as low detail cars in Scalextric sets. We have added these as Porsche cars in our GT series as they are a different design to our existing Porsche Supercup collection. They are lovely looking cars, lets hope Scalextric make more high detail versions.

Our DTM series was also expanded with another 3 cars, one for each manufacturer. This was primarily to allow us to add the Shell BMW to our collection as is one of our favourites. We added the pink Mercedes which is quite an unusual livery and we also added an Audi safety car with lights which will suit this series perfectly.

Finally, there has been minimal on track action this year due to ongoing issues with the club house (the shed roof is still leaking badly!!). We are really pushing to get this resolved so that Slot Car Club can see some proper racing action in 2019, it has certainly been missed! Have a great festive season and check back near the 7th January when Scalextric confirm their 2019 releases.