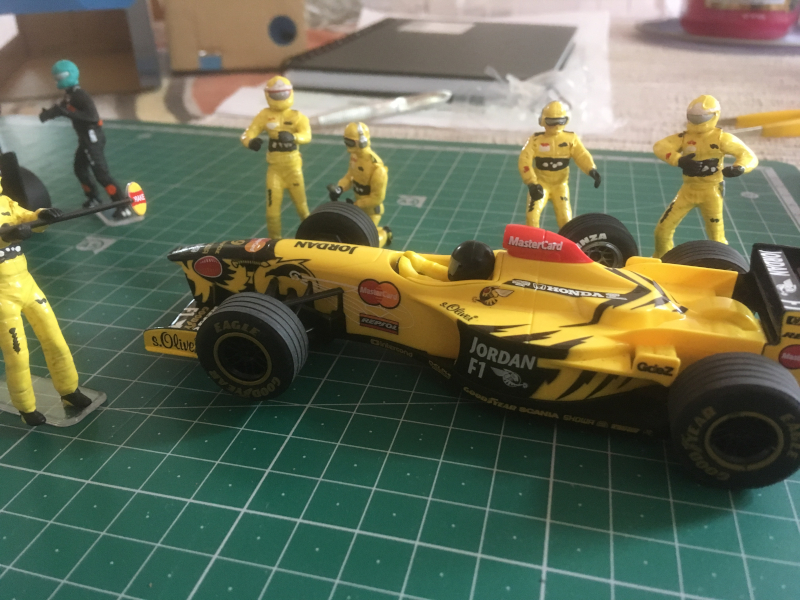 During the recent Bank Holiday, we set about working on some new pit mechanics. As we will have quite a long pit road, we want lots of different coloured pit crew to fill up the pit lane and make it look really interesting and busy.

We have selected Carrera pit mechanics as our chosen figures. We thought that they are more detailed than Scalextric’s own version and not much more expensive. The only downside is that when we first purchased them, they were only available in 3 colours Red, blue and white. Since then, they have released a further three sets in the following colours, silver, Red-silver and blue-yellow. This will give us 6 unique sets but as we hope to have 9 garages along our pit lane, we still needed to decorate a further 3 sets. 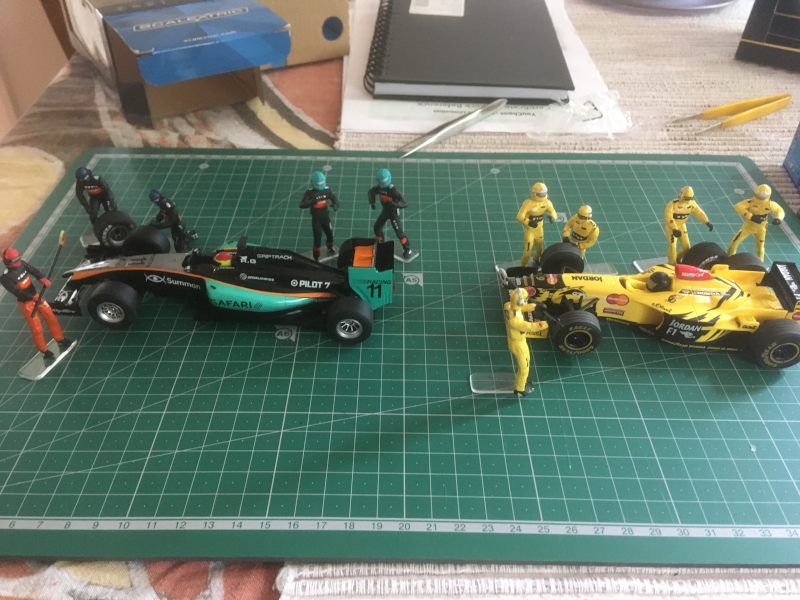 After considering different colour schemes, we decided that the first two customised pit crews would be painted in yellow and black-orange. This would match them to the the F1 teams of Jordan and Force India (from around 2015) as well as providing yellow and black crews which would fit in well with our other series such as BTCC and DTM. 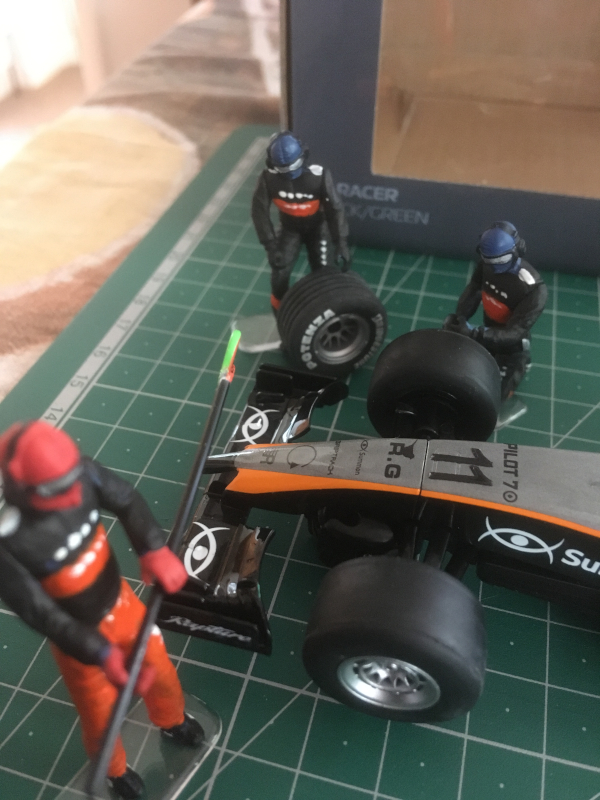 We set about painting them during a rainy weekend and these photos show the results. Although we were unable to source exact sponsor logos, we found some transfers that were close enough for our purposes. It was quite tricky painting figures that are so small and the water based paints meant that quite a few coats were required. This does mean that the quality was not quite perfect, but we are happy with the results. The figures are then placed on tiny clear plastic bases which help them to stand upright. During our haste to get our diorama set up we did manage to snap one of the tiny clear plastic pegs, so one of the figures was secured with some superglue. We think that once the matching cars are put in front of the figures, they really work well and we are looking forward to getting them set up on our track.

All that is left for us to do now is to source one further set and to decide on the final crew livery. We are thnking about a blue-white set which would go well with a Williams or BMW F1 team.