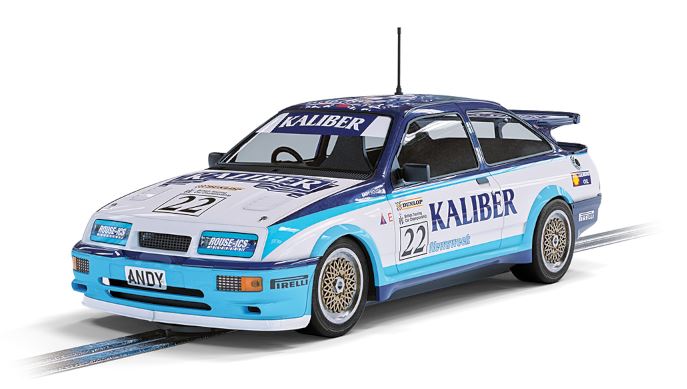 With another year flying by, it gets harder and harder to keep up with the new releases. In fact, we have not even purchased the cars we wanted to get from 2021, so the fact that Scalextric are also running late with their release schedule is helping us.

As we already have so many cars at Slot Car Club, our main focus is on BTCC as usual. Thankfully, Scalextric have released a few more for the series to keep us excited and keep the money leaving our wallets.

So the first bit of exciting news is some historic BTCC cars. From the main image, you will see the classic Kaliber Sierra Cosworth RS500. What a fantastic looking car and this will go well with the other RS500s bringing the total number up to 6. That sounds like a perfect digital grid!

The second potential historic BTCC car is the Bastos Rover Vitesse. This car has caused some intense debate about whether it should be included in the historic BTCC class. Technically, this particular car did not race in the BTCC series, but a very similar one did. Our historic BTCC currently only has two models, so a third would be good news. 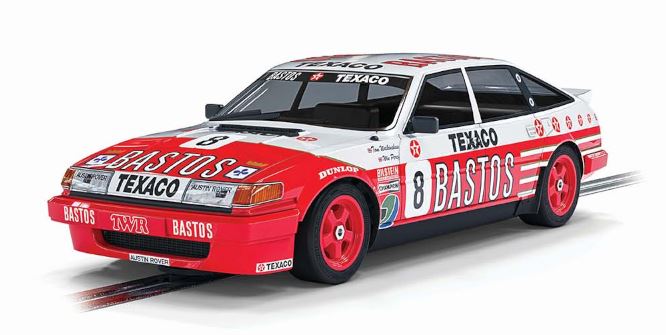 Moving into modern BTCC, Scalextric are offering us three new cars for 2022 – but sadly, still no Ford!

The first is a new liveried BMW 330i with the CarGods scheme. Not the most exciting livery and black cars tend not to appear too well on a black track, but nice to have a new car none the less. 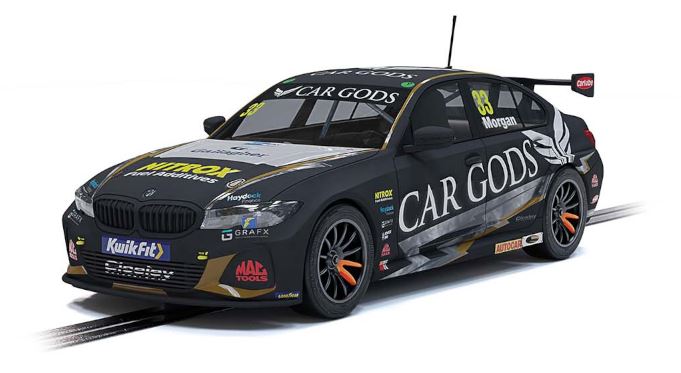 The next two BTCC cars seem to be a new bodied Honda Civic. The new Civic is more ‘squared off’ than the previous models and does look really nice. We do wonder if Honda are perhaps a bit more helpful than other manufacturers and that is perhaps why we are swamped with Civics. It has to be said that it is a shame that there is a new tooling for a Civic when other manufacturers have not been touched yet. 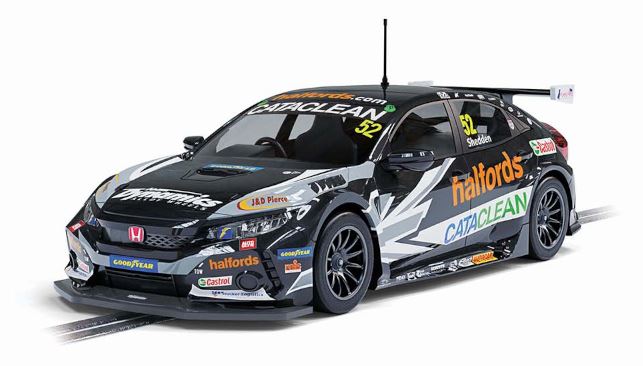 The other ‘small’ gripe is that the two new Civics both have very dark colour schemes. We will be getting the Halfords/Shedden ‘black’ car from 2021 plus the ‘grey’ Jade Edwards one. Don’t want to sound negative as these cars are better than none, but all three modern BTCC’s for 2022 are grey/black!

One area we are surprised that has not taken off as big as we thought is the Formula E series. It seemed to be a perfect match for Scalextric, even though the real series is a tad underwhelming. It would appear that sales figures have been underwhelming too, as there is only one new Formula E car for 2022, which is the rather plain red Andretti car.

Scalextric have also announced a a few more historic F1 cars from the 1980s. They missed their scheduled release for 2021, so there will be even more hitting the shelves in 2022. Nigel Mansell’s Williams FW11 is a classic F1 car that we expect to be very popular. Unfortunately, we will probably give this series a miss at the club, as we already have too many classes and these cars will probably end up being highly collectable – and therefore owners will be reluctant to race them.

We also love the new Ford Escort Hot Rod that Scalextric will release this year. Hot Rods lend themselves perfectly to a small slot car oval and would produce some close racing action. Once again though, Scalextric have slipped up by only releasing this single Hod Rod. Many potential purchasers will be put off by not being able to have a full class, and so there is a chance that no more Hot Rods will be made, because sales will be slow. It’s the classic trap that Scalextric always fall into! 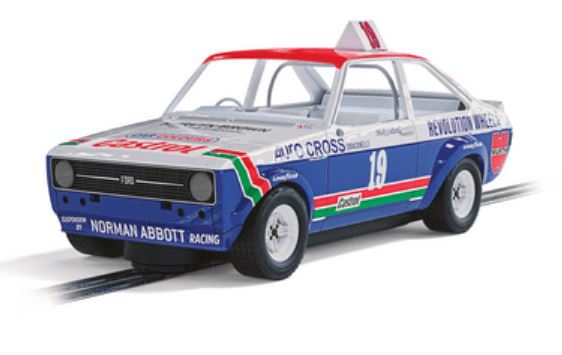 One final piece of news is that for the second year running, here are no trucks. This means that we are still unable to get to the full digital field of 6. Seems like a missed opportunity.

There are plenty of other releases in the 2022 range, especially some movie based cars which seem to be making good money for Scalextric. We have no problem with these if they continue to bring in good money, but obviously they have no place at our race track.

2022 has a good selection of cars and will keep us spending to some extent, but hopefully well within our means.